“We need a mental revolution, not only to change our individual eating habits, but to change the social reality around us”

Interview with Dr. Joan Benach, director of the Health Inequalities Research Group – Employment Conditions Network (GREDS-EMCONET) on public health and the pandemic’s impact on the most vulnerable people. 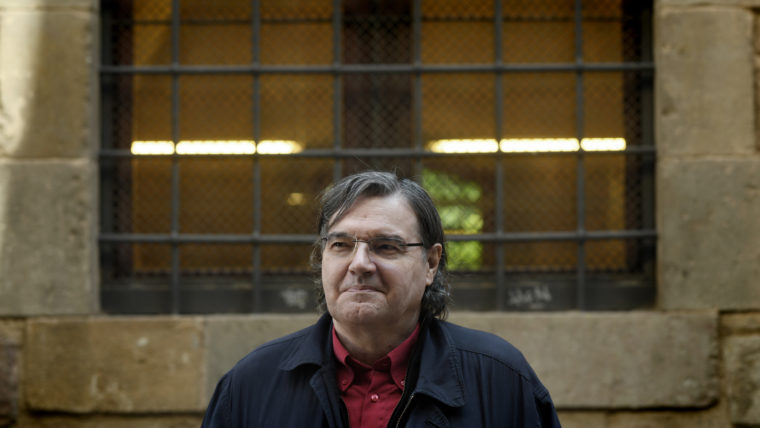 Joan Benach is a doctor and researcher in public health at Pompeu Fabra University and director of the Health Inequalities Research Group – Employment Conditions Network. We analyse with him the structural factors that exist between poverty, health and the coronavirus pandemic as a serious public health problem that does not affect everyone equally.

In one of your articles, you state: “Health isn’t chosen by those who want to, but by those who can”. Is there a direct relationship between poverty and health?

Poverty is related to health. When we say poverty we may be referring to many things, we could be speaking about material privation, for example, not having a job, a place to live, a social environment, etc. But it is not only poverty that is related to health. Social inequalities are associated with poverty.

Let’s take a specific example. What are the signs of health inequality?

Social inequality is directly related to all kinds of health problems. Dying at the age of 80 is not the same as dying of cancer, a heart attack, diabetes or many other causes associated with a person’s social situation. Most people place emphasis on the problem.

Public health depends on a wide range of social, economic and political causes, among others, which lead to a series of different health problems that change over time. I’m referring to risk factors, for example, smoking. Initially, the wealthiest social classes smoked, until it became known that it was bad for your health.

Nowadays, people from lower classes consume more tobacco. The same thing is true of obesity. The factors change according to the social context, and the agribusiness knows how to take advantage of those contexts.

Are there any pathologies that are more frequent in people with fewer economic resources? And if so, what are they?

All kinds. Nearly all of them are linked to this pattern. For example, someone who is unemployed sleeps worse, they are more likely to consume alcohol, they may have mental health problems and they might even end up being homeless. Likewise, someone in an insecure situation has a very low salary, problems with eating, paying for their accommodation, maybe family problems too… and we could carry on in the same vein.

People in the worst social conditions suffer premature death. In very poor countries, that becomes very evident. There are stark differences in life expectancy of 30 or 40 years. But that also occurs in our neighbourhoods, among the various social groups.

What role does food have in this relationship? Is it possible to determine that the poorer you are, the worse you eat and, therefore, the more health problems you have?

Yes, it always tends to be like that. Food is essential for any human being. There are between 800 and 900 million people in the world who go hungry or do not eat well enough. At the same time, between 1.2 and 1.4 billion people are overweight or obese. This situation may seem paradoxical but it isn’t. Either of these two extremes leads to very serious health problems.

People who don’t have enough to eat suffer from a lack of calories and vitamins, and those who are obese are more likely to be diabetic or suffer heart attacks. This phenomenon has occurred in only a few decades. The causes may be genetic, but it is doubtful that a general pattern could have changed in such a short time. In wealthy countries the most obese people are the poorest people. In poor countries, it was other way round. That has changed.

The causes are not simple. Our social environments and contexts condition us. One of the main causes is the food we eat. Knowing who controls the production of food is vital for understanding how this worldwide pandemic of obesity has occurred, which leads to millions of people dying from related illnesses every year.

A few years ago, before Covid-19, you spoke about “an obesity pandemic”. Do we normalise and accept some illnesses more than others?

Yes, both the illnesses we know and their causes. The population’s awareness about these things is closely related to whether the media are speaking about them or not, as happened with HIV or cancer in the past. The key factor is to understand what serious studies are saying and try to ensure that people are informed well about health problems, which is a subject nearly everyone is interested in. Your own health is a very important subject.

The reasons for our state of health are also very interesting. To be honest, the metaphor used by many media outlets, “It’s in your DNA”, is rather unfortunate. The causes of many health problems are varied and very few health problems are solely due to genetics. The vast majority of times, social, psychological, personal, biological and political factors are interrelated.

It is calculated that within a few years, obesity will rise by 60% in the world. This means that we have to understand the structural causes behind this phenomenon. When these causes are not biological or genetic, then the problem is basically linked to nutrition or malnutrition, starvation, obesity, being overweight, and so on. But the problem is never personal causes. In other words, if I have a friend who is overweight, I am naturally interested about his personal circumstances, but when you are faced with a pandemic, you can’t say the problem is personal. In the last 40 or 50 years, obesity has tripled around the world, and that means that it cannot be attributed to a question of individuals.

The population is often asked to individually improve their eating habits and health: eating ecologically, doing sport, etc. With these messages, do we forget about the structural factors, such as job insecurity or the lack of decent housing?

Of course we do, because what we call “public health” are the factors that determine our health in our social environment, not just our personal environment. Public health is speaking about how we live, how we work, how we produce, how we consume, the opportunities we have, etc. It’s no accident that the people from lower classes eat less fruit and vegetables. It could be said that one of the causes is a cultural phenomenon, but there are other factors beyond that. The same thing happens with ecological food. People know that there are ecological products that may be healthier than others, and they therefore tend to consume them. We have to ask ourselves what political and socio-economic factors are behind the decisions which lead a person to consume ecological produce or not.

When you go to a supermarket, nearly everything you buy belongs to big multinationals, big corporations and oligopolies. Although we think we are consuming many different brands, in reality, there are only a few companies competing for a worldwide market, where there is enormous interest in controlling everything to do with food. These companies and their capitalist agribusiness model are, as Chomsky says, tyrannical. It is an extractive, mercantile and unfair model, because it doesn’t give all the population the chance to eat well. Furthermore, linked to all of this, you have to add the chemical residues that the food products contain. We need a change of paradigm, because these industries are producing one third of all greenhouse gases.

So how can we improve our collective health? What should public food policies be like, if these inequalities are taken into account?

When I say that it doesn’t depend so much on an individual cause, I’m not saying that we shouldn’t make a cultural change. But within this cultural change, we also need to understand the political and economic changes, because they are part of that change. We need a mental revolution, but not only to change our habits, but also social reality.

One thing that must be done is to control these big companies. We need them to have less power than they do. Imagine the power they have with the subject of taxes on sugary drinks. They do everything they can to avoid them. We also need to develop our own local and ecological agrofood industry and cooperatives, where we can recover all the agrofood traditions we have lost, precisely because nowadays food products come from far-away places.

Barcelona is the 2021 World Capital of Sustainable Food. What can specifically be done by cities?

Cities are very important, because they consume a lot of energy and many products from the rural world have to be brought to them. We need cities that are less complex, more diversified, more efficient and more equitable. One thing we have to do is set an example. Barcelona could be an international benchmark in this sense. We have to show that there are alternatives, and the sooner the better.

We need real examples, because one thing we need in politics is for people to realise that things can be changed. if people see that there is another way to produce things, to consume healthier food in a fairer way, they will become aware that we need this change. That’s why we need to stop the lobbies and interests that oppose these things changing. This change is essential, because our current situation is unsustainable.