The City Council warns of the environmental impact of importing soya

A report has been published on the commercialization of soy through one of the main logistics infrastructures of the city: the Port of Barcelona. 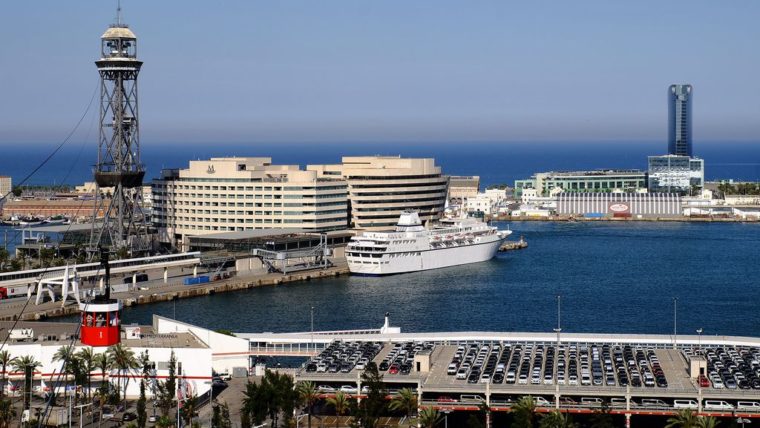 This year’s World Sustainable Food Capital forum in Barcelona is an opportunity for assessing the climate footprints of big cities in the current globalised food model. Which is why Barcelona City Council has commissioned the organisation GRAIN with a rigorous analysis of the city’s role in this agroindustrial model that is having such a negative impact both on the climate and on the food sovereignty of many peoples. The report is specifically based on the marketing of soya through one of the city’s main logistical infrastructures: the Port of Barcelona.

Soya is the world’s most marketed agricultural product and its cultivation and trade are continually expanding thanks to its flexibility and versatility of uses. Its cultivation, production and marketing are responsible for the deforestation and monopolisation of large areas, such as in the Amazon and recently in El Cerrado, in Brazil, with the consequent loss of biodiversity and associated environmental services. Moreover, in producing countries such as Brazil, Argentina, Paraguay and Bolivia, its production has led to a concentration of land ownership at the expense of small farmers and indigenous communities.

As much as 80% of the world’s processed soya is earmarked for animal feed, and the remaining 20% for preparing oil for human consumption and industrial use. Spain is responsible for a fifth of all imported soya beans in the EU (Catalonia for 13% and the Port of Barcelona for 8%). Nearly half (44%) of all the soya beans imported by the Spanish State enter through the Port of Barcelona, where they are processed in the facilities Cargill and Bunge have there and which accounts for half of the soya flour produced throughout the State. That production covers Catalan industry’s current demand for soya flower for animal feed.

Catalonia is a leader in the animal-feed industry, producing 21% of the entire State’s stock. Even so, that quantity of feed is not enough to cover the demand of the country’s pig industry, which explains the increase in soya imports passing through the Port of Barcelona, despite the calls around the world for decarbonising the economy and the City Council’s efforts to reduce direct emissions.

We need to take into account the fact that the soya and soya flour imported by Catalonia require an annual cultivated area of 1,250,000 ha, the equivalent of practically 40% of the land area of Catalonia. Likewise, the soya that enters the port represents some 230,000 hectares of deforestation in the Brazilian region of El Cerrado, in other words, the equivalent of 14% of all the woodland in Catalonia. In addition, the processing of the 750,000 tonnes of soya that arrive here from Brazil accounts for 2% of Catalonia’s greenhouse gas emissions.

The Port of Barcelona’s role in importing soya

The Port, for its part, plays a very important role both in soya imports and in its processing and distribution within Catalonia’s livestock industry. The Port Authority facilitates the economic activity of its concession companies, creating competitive conditions and, in some cases, extending concession contracts in exchange for investment by those companies. This situation forges close relations with multinational companies such as Cargill and Bunge, and helps consolidate their dominant position in the agroindustrial sector.

Consequently, and bearing in mind the current ecological, economic and health crisis, the City Council is calling on the Port of Barcelona to question its final proposal for maximising the transhipment of products and seek areas of action and influence to help to build a sustainable food system based on solidarity at both local and international levels, and that is consistent with the current climate emergency scenario.

Lastly, the report also highlights the impact of the mass consumption of animal protein and the need to reduce and replace the consumption of industrial meat with organic meat. Here the City Council has already launched several initiatives and mechanisms to deal with that, such as school menus that promote less red meat and more vegetable protein.

You can read the full document here.